The world in the next decade?

At the end of August, the city of Bled was a host to a chosen circle of political and business representatives of Europe.

DDj was very honored to be a part of this, thanks to the friends from the American Chamber of Commerce in Slovenia and the invitation from the Slovenian Minister of Foreign Affairs, Mr Samuel Žgobar. 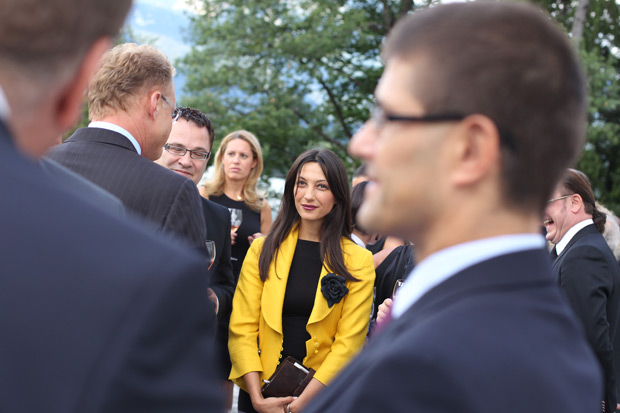 After the excuisite experiences I had after the lectures and conversations with professor Wilcox, Michael Porter, Al Gore, and Bill Clinton, in Bled I was also attending the lecture of the key note speaker, general Colin Powell.

The topic of the lecture was the future of the European Union in the next decade and the role of small countries in the process of general stabilization. A topic wide enough to see just how precise the speaker is.

Foreseeing the future through the past perspective is the key.- C. Powell

He is fascinated with the country which owes its global growth primarily to the middle classes. Further progressive growth of the Republic of China is more than evident, as is its potential for domination in the global economy on all levels. As opposed to the strong development, Powell showed his personal discontent with the system which doesn’t allow its citizens to use that potential. The external expansion is in opposition to the internal control in the aspect of rights, possibilities and citizens’ freedoms, and according to Powell, this causes a serious threat to the stability within the country’s borders.

Powell was the Secretary General in the USA in the year September 11th happened, so he was very subjective on this topic, even in this public performance. ‘Nobody is immune to terrorism’, he pointed out, ‘and terrorists do not tear down buildings and kill people for the sake of tearing down buildings and killing people – they do it to terrorize us– make us scared and insecure.’. In the end of this personal interpretation of terrorism he emphasized: ‘However, they, be them 10, 100, 1000… cannot make us different than we are- devoted to freedom and democracy. We can only do that to ourselves.’

In the next decade, Powell sees the world finally moving on the bases that are not connected to war, but to healthy creativity and innovations. Stable economy in the first place, then (with the rules of cause and effect) stable politics will be the distinctive elements which will tell apart successful from the unsuccessful ones.

Give people jobs. This is the only way they can bring dignity to their homes once they come back from work. – C. Powell

On ecological sustainability and climatic changes…

A topic you cannot omit… Powell made a very rational point that ‘ it is not important whether the scientists or Al Gore were right. It’s simply not good to send this amount of poison into the atmosphere.’

A 73-year-old soldier was very passionate when he said: ‘In the next ten years, we will all be talking about the Internet!‘

The Internet is fascinating! Everything is there! And everyone is there. I can no longer communicate with my grandchildren unless I’m on Twitter or Facebook. No, you cannot ignore this phenomenon. You have to comprehend the strength and the opportunities the Internet Era carries with itself.’ – C. Powell 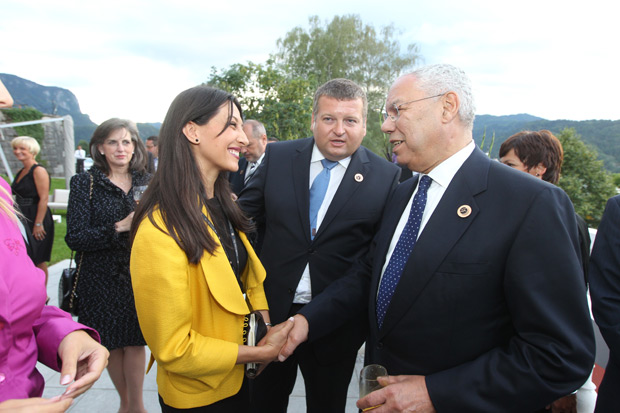 In the end, did I learn about something completely new or unfamiliar? I wouldn’t comment on that. But, to hear very personal observations on highly global topics by someone such as Collin Powell was more than a memorable experience. Given that there were no reporters on the event, we are sharing this, nonetheless, on blog- in the spirit of general Powell’s understanding of the Internet.

Above all, in the spirit of an era of civil reporting which we are lucky to be a part of.