The Cost of Happiness

On one side there is the promotion of acquiring and possessing material goods (primarily money), and glorification of money as an objective measure of success, while on the other side – the ultimate destination of man is peace and spiritual well-being. It is just one of the many dichotomous concepts that tear a modern man apart. The West and the East collide with incredible force in every sense, more and more intense and fiercer, leaving the little man confused and sad. I don’t know to which side we belong in this region of ours, but one is certain, our man has been bombarded more and more with the very idea that money is happiness, and the road to it is the goal of our journey. 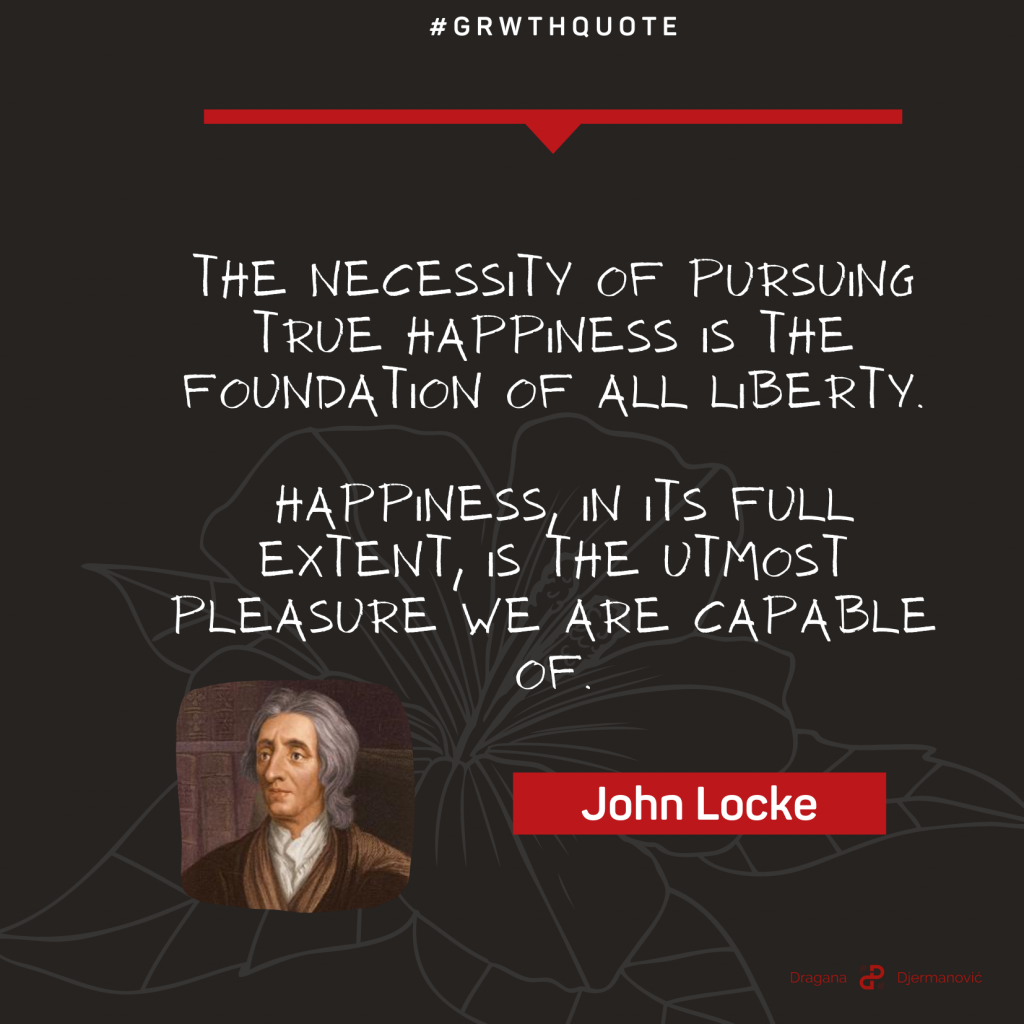 The pursuit of happiness, the quest of acquiring money or something else, is the main motivation of an individual, but also a precondition for social well-being – John Locke, an English 17th-century philosopher pointed out. The realization [of happiness] brings fulfillment, and the pursuit of happiness is the only human desire that is the goal itself – the ultimate desire or the ultimate goal. We, of course, interpret the meaning of the word happiness in our own way, so dictionaries and definitions are of no help to us, but a large number of us (admit it or not) think that happiness is difficult to reach without money.

We have more, so we are happier

The last two centuries have brought a dizzying pace of human development. Each industrial revolution accelerated the development, increased the number of literate and educated people, and extended the lifespan. At the beginning of the 19th century, one in ten people in the world was literate, today one in ten is illiterate. Two hundred years ago, nine out of ten inhabitants of our planet lived in conditions of extreme poverty, now one in ten people on the planet is extremely poor. An average life expectancy was 30 years, today it’s above 70. There is everything, but is there more happiness?

When we look at some of the international studies on the degree of satisfaction and happiness of nations, we notice that countries with high GDP are not much “happier” than those with a much lower one. At the individual level, just as at the national level, the conclusions are the same – the richest Americans have expressed only slightly more subjective feelings of happiness compared to the average American with an average income.

There is more depression, more violence, more sadness, more suicides, but also more money than ever before. How is it possible?! Is this a thesis about uneven distribution? Has the paradox of choice and abundance led us to never fully enjoying ourselves after deciding on something, thinking that another choice might be better? Maybe in order to have money, we sacrificed the time necessary to enjoy the benefits it brings? Maybe having and being are not the same, maybe it’s harder to be when you have, or maybe the answer to the question of how it is possible that we are so rich, but not happy is something completely different… I’ve been researching this field for a long time, mostly because I am curious, but also because I often work with people who are successful and rich, but not always satisfied (happy). Here are some of my thoughts on that topic…

Mihaly Csikszentmihalyi from the University of Clermont offered a detailed answer to the above question. He noticed that three factors influence the fact that no matter how much more we have (and gain more and more) we are not happier:

In the post 3D Growth Map, I describe in detail how we feel when we cross that point, that nasty, greasy, dirty point after which more work, more success, and more money bring us more… but often only more bitterness and misery. Read it, it’s important. What happens then is that instead of creating more, but different – more good in different places and sides, we then create more of the same which instead of becoming good and prosperity, becomes evil that leads to the destruction of relationships with loved ones, to diseases, to suffering and to anguish. More of the same leads to greed, depression, malice, pride, anxiety, to excessive eating, drinking, high alcohol consumption, to addiction (drugs, gambling, adultery); it leads to violence, aggression, negligence, selfishness, autoimmune diseases, sadness, suffering, loneliness, and alienation. Although in company and crowds (like zombies), we become more lonely than ever. There is no one and there is nothing, and to you, it seems that you have everything! Happiness is one big scam, we might think then. But it’s not. The deception is that money brings happiness, that money itself brings happiness, and that there is time for everything else.

If I had to pick one book today that I would recommend to anyone to read, it would be Erich Fromm’s book “The Sane Society”. I wouldn’t be wrong to add “The Anatomy of Human Destructiveness” and “To Have or to Be” by the same author, but “The Sane Society” is really a must-read for anyone who wants to stay mentally healthy in times of social madness. The author states in it that we are all born, but that there are a small number of those who give birth to themselves.

To give birth to oneself, according to Fromm, means to wake up (oneself), to become (self)aware, to (get to) know (oneself), and to love (yourself). Alienation from oneself is the basis of the disease of society because we are mostly everyone else and we are the least ourselves. Partly because we are being bombed and harassed by the media, but mostly because we dedicate so little time to ourselves.

Who are you? If you didn’t have that name and that title, how would you introduce yourself? If you didn’t have children and you didn’t live in that country, who would you be? Who are you regardless of everyone and everything you have, regardless of everything you don’t have? Why do you feel that way, why do you do what you do and not something else? Why do you have such beliefs? Why do you want that profession, that knowledge, that money? Becoming a stranger in your own skin, born without ever being born – nothing, and the least money – will lead you to happiness until you find yourself.

Finding yourself is a multi-day job. My job is to do such work, from a business point of view, while therapists, people who deal with spirituality and religion in clinical practice, do it in different ways. The goal is the same.

To make myself clear – no one disputes that it is necessary to satisfy our basic needs. A well-known psychologist Abraham Maslow described this in detail in his 1943 paper “A Theory of Human Motivation” (a famous work known as Maslow’s Pyramid, although Maslow himself did not use that term). This professor identified basic human needs and actions motivated in order to achieve them, depending on the fulfillment of those needs. The first is physiological needs (food, water, clothing), then safety needs (employment, property), followed by love and belonging (to love and be loved, sense of connection). As we ascend as human beings (i.e. we give birth to ourselves, as Fromm would say), we need esteem (self-esteem, recognition, respect from others) and eventually self-actualization (desire to become the most that one can be) that is, to realize our potential and find our purpose. Maslow, however, states in that paper that above these basic and social needs, at the very top of the human ascent, there is a desire – a strong passionate desire for knowledge, and a desire to understand. Of all the things we strive for, the only desire is knowledge, everything else is a need.

Whether happiness is wealth, prosperity, status, or knowledge, we need to figure it out. What great people leave us in their writings is the message that it is necessary to create more but different, that it is necessary to go into depth, but to a point from which it is more important to go into width. Thus we reach the state of flow, that the author of the above-mentioned paper (on money and happiness) writes about – a state that makes us relaxed and satisfied with whatever we do, doing what gets us going.

Who you are, what you want, and what makes you happy, is not determined by money but knowledge – knowledge about yourself and knowledge about the world that creates a desire to understand, and thus you give birth to yourself again and again.

We should be happy to be born and even happier to be born every day. We have said many things here, I hope it is more clear now that we are always worth far more than we have gained so far. It’s kind of easier now, isn’t it :)